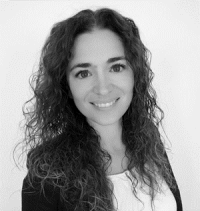 Dr. Zafeiriou is a Group leader at the Institute of Pharmacology and Toxicology, University Medical Center Goettingen. She completed her PhD degree at the National and Kapodistrian University of Athens and trained as a postdoctoral fellow at the Max Delbrueck Center for Molecular Medicine in Berlin. Her lab studies three-dimensional electrically excitable cell networks generated from human induced pluripotent stem cells. With a special focus in the brain and heart, they aim to understand how genetic alterations lead to network imbalance and consecutively to disease development such as epilepsy and arrhythmia.

Thank you for joining today's Coffee Break Webinar. Today's topic is "3D human brain models: Assessing complex neuronal network function in Bioengineered Neuronal Organoids." Studying the human brain in vitro is challenging. Scientists have up until now relied on animal models like mice and monkeys, but they are an imperfect representation of the human brain. Recently neural organoids, also known as mini brains, have emerged as a promising new model.

A neural organoid is a three-dimensional human stem cell-derived in vitro culture system that can be studied in a dish. Over time they can develop complex neural activity that can be similar to the network function present in human fetal brains. This similarity can offer novel therapeutic approaches to neural disease modeling and drug development. In this webinar, Dr. Zafeiriou, Application Specialist at the University Medical Centre at Göttingen, describes the progressive maturation of the neural network in Bioengineered Neuronal Organoids using Maestro MEA assay technology. Dr. Zafeiriou is able to detect complex neural network function that mimics early network activity similar to that of the fetal brain.

Dr. Zafeiriou is a Group Leader at the Institute of Pharmacology and Toxicology at the University Medical Centre Göttingen. She completed her PhD degree at the National and Kapodistrian University of Athens and trained as a post-doctoral fellow at the Max Delbrueck Center for Molecular Medicine in Berlin. Her lab studies three-dimensional electrically excitable cell networks generated from human-induced pluripotent stem cells.

Thank you very much for the kind introduction Melissa. In today's webinar I would like to talk to you about complex network activity developed in bioengineered neuronal organoids.

In order to utilize this so-called brain or cortical organoids for therapy we first need to validate that they resemble the developing brain at a functional level. Although a number of studies analyze the cortical layering and the morphology of these organoids, few studies actually were devoted to neuronal network function and compared this function to the developing brain. Aiming to do exactly that, we established a novel Bioengineered Neuronal Organoid model, termed "BENO." BENOs are generated by embedding human-induced pluripotent stem cells in a collagen hydrogel and by treating them with specific morphogens. Since excitatory and inhibitory neurons are essential for network formation, we aim to enhance the development of both populations early on. Besides neurons, BENOs contain myelinating and non-myelinating glia which contribute to neuronal function and microscopically they are fairly homogeneous. For the sake of time, I will not go into the details of the protocol, but if you're interested you can find all the information in a recent publication.

By utilizing calcium imaging, we found that BENOs around day 20 develop giant depolarizing potentials as you can see in the videos in the left. These giant waves of depolarization are known to train the developing neuronal networks in the embryonic and fetal human brain. Similar to the immature brain, GDPs in BENOs depend on both GABA and glutamate, since receptor blockade of one or both of these neurotransmitters decreased GDP frequency. On the other side, the spontaneous GDP frequency kept increasing in time, but after day 40 to 45 no GDPs could be observed. By a series of experiments we could prove that in early stage BENOs, prior to day 40, both GABA and glutamate were excitatory and contributed to GDPs. Whereas, after day 40, GABA polarity switched to inhibitory and led therefore to low GDP frequency as it actually happens in early postnatal brain. This exciting finding proves that neuronal networks in BENOs are organized in a similar fashion as in the developing brain. Although calcium imaging experiments were extremely useful for GDP analysis, after day 40, when GABAergic neurons became inhibitory, network analysis was technically impossible in the whole organoid.

Therefore, to monitor network activity in BENOs after day 40, we employed the multi-electrode array technology from Axion BioSystems. MEA allowed us to measure simultaneously multiple organoids under cell cultural conditions and most importantly we could follow the temporal network development. As you can see here, early stage organoids showed relatively sparse activity that slowly organize and burst, and network burst, which after day 40 became more and more complex.

If we examine the temporal network development it is clear that the mean firing rate increased significantly in late stage BENOs. Although the burst and network burst frequency did not increase after day 40, the synchronicity increased as well as the amount of spikes participating in the bursts resulting in a reduction of inter-spike interval. The lower inter-spike interval indicated a more mature burst identity in late stage BENOs. This data strongly supports the notion that BENOs present similarities to the brain in not only cell composition but also in how neuronal network function develops and thus can be used for disease modeling.

Since epilepsy is one of the most prevalent neurological diseases generated by network imbalance we believe that BENOs can be used to model and study epilepsy in a dish. Just as a proof of principle that we can observe and analyze network imbalance, you can see in this slide the activity responds to two opposite chemical interventions, GABA receptor inhibition by picrotoxin in the upper wells, or AMPA receptor inhibition by CNQX of late stage BENOs in the lower wells. In the video and the raster plots on the right you can see the first minutes during compound addition. Whereas in the left you can appreciate the activity of BENOs after washout. As expected, activity in BENOs treated with CNQX was immediately diminished and returned to baseline 24 hours after treatment. Interestingly, picrotoxin boosted immediately BENO activity, which remained higher 24 hours after washout establishing a new baseline and suggesting a form of chemically induced long-term potentiation which is actually known for the Marr's hippocampus.

This data support that spontaneous activity in BENOs responds to chemical treatments similar to what we know for the brain, and therefore we believe that BENOs would be an appropriate system for modeling epilepsy in a dish.

To summarize, BENOs generated from induced-pluripotent stem cells embedded in a collagen hydrogel consists of excitatory and inhibitory neurons as well as myelinating and non-myelinating glia. Around day 20, BENOs develop giant depolarizing potentials, known as GDPs, which are GABA and glutamate dependent. GDP frequency correlates to GABA polarity and after GABA polarity switches to inhibitory, BENOs develop complex network activity and exhibit plasticity.

Since features of network development in BENOs present similarities to the human brain, we believe that they will prove to be a useful system for personalized medicine.

I hope I could give you a little glimpse on the network function of our organoids and if you have any questions please do not hesitate to contact me. At this point I would really like to thank the people that contributed to this work, and especially an excellent electrophysiologist, Guobin Bao, and two young students, Alica Blenkle and Marie Schreiber. And of course this work would not have been possible without our financial support by the Multiscale Bioimaging Cluster of Excellence and DZHK. Thank you very much and have a wonderful day.

And that is in conclusion for today's Coffee Break Webinar. If you have any questions you would like to ask regarding the research presented, or if you are interested in presenting your own research with microelectrode array technology or impedance based assays, please forward them to coffeebreak@axionbio.com For questions submitted for Dr. Zafeiriou, she will be in touch with you shortly. Thank you for joining in on today's Coffee Break Webinar and we look forward to seeing you again.