The promise of organoids 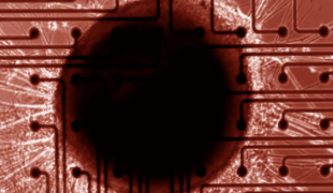 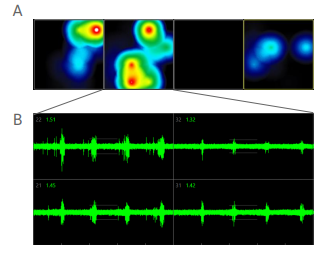 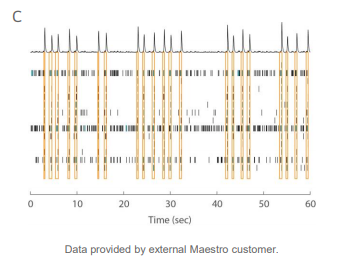 A) Activity map displaying firing rate for 4 cerebral organoids. B) Examples of continuous voltage data recorded from different electrodes in one well. Activity is recorded from different sites on the same organoid. C) Well-wide raster plot showing spikes generated by the organoid in B across all 16 electrodes and network connectivity resulting in network bursts. Teal tick marks indicate electrode bursts, and orange boxes indicate network bursts.

Serum-free embryoid bodies (SFEBs) are a 3D model system generated from hiPSCs which recapitulate some aspects of cortical network development. SFEBs can be recorded on MEAs over long time periods to monitor development and maturation. Cortical networks in SFEBs show an increase in the number of spikes and bursts between day 30 and 90 as the network develops. 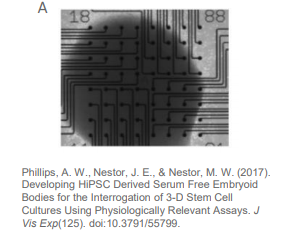 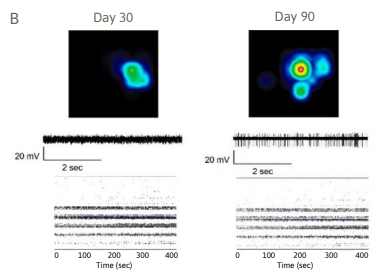 A) Image of SFEB attached to an MEA plate. B) Activity map shows firing rate across the entire well, illustrating SFEB coverage over the electrodes and magnitude of firing at day 30 and 90. Raw traces and well-wide raster plots show the development of activity over time.