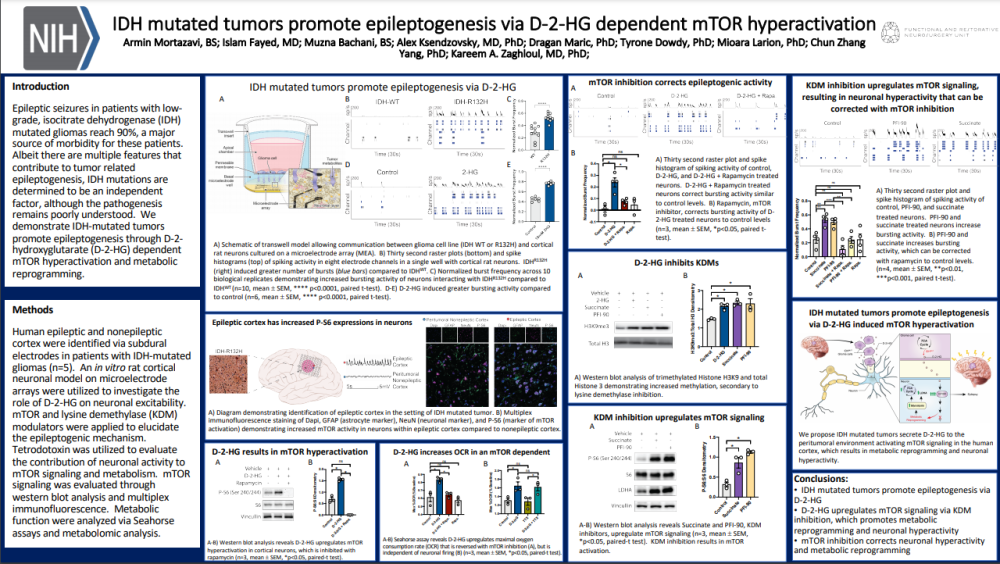 Patients with IDH mutated gliomas commonly have epileptic seizures.  IDH mutations have been determined to be an independent factor in the pathogenesis and in this poster, the authors determine the pathway that promotes epileptogenesis.

Using an in vitro rat cortical neuron model on Axion Maestro microelectrode array (MEA) system they were able to elucidate the role of D-2-HG on neuronal excitability and the epileptogenic mechanism.  Using a transwell model with a semi-permeable membrane, the rat cortical neurons (in the MEA well) where exposed to glioma cell communication without direct contact.  Raster plots and spike histograms were recorded from the response of the cortical neurons. Normalized burst frequency showed a significant increase in bursting activity from the neurons interacting with IDH-mutation.  The bursting activity was restored through inhibition of the mTOR pathway with Rapamycin.  Inhibition of KDM was shown to upregulate mTOR signaling and also result in neuronal hyperactivity.