Brain tumors that cause epilepsy

Glioma is one of the most common forms of brain tumor. Up to 70% of patients with glioma experience seizures which negatively impact their quality of life. Unfortunately, 40% of these patients don’t respond to anti-epileptic drugs, meaning a better understanding of the biological mechanism is required to produce more targeted therapies. In this webinar, Armin Mortazavi (National Institute of Health) discusses how he used a transwell glial cell-cortical neuronal coculture model to study the impact of tumor metabolites on neural activity as recorded on the Maestro MEA system. 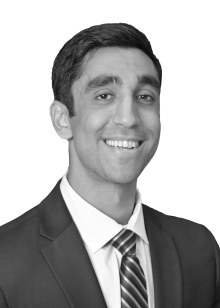 Armin Mortazavi is currently a research fellow at the National Institute of Health within the National Institute of Neurological Disorders and Stroke. He is an MD candidate at Georgetown University School of Medicine. He works with Dr. Kareem Zaghloul of the Surgical Neurology Branch studying metabolic causes and consequences underlying epileptogenesis through in vitro models and electroencephalographic sorted human brain tissue.

Thank you for joining for today's Coffee Break Webinar. Today's topic is, "brain tumors that cause epilepsy: resolving the biological mechanism."

A glioma is one of the most common types of brain tumor. Glioma form from glia cells. Their presence can cause a host of symptoms including seizures. Seizures are a common occurrence in over 70 percent of patients with low grade gliomas and may lead to a severe deterioration of cognitive function.

Understanding how gliomas intrude into neural circuitry and alter function can shed light on this clinically complex issue and one day improve a patient's quality of life. In this webinar, Arman Mortazavi investigates the role of a mutation common among epileptogenic gliomas and its impact on neural function using multi-electrode array technology.

Armin Mortazavi is currently a research fellow at the National Institute of Health within the National Institute of Neurological Disorders and Stroke. He is an MD candidate at Georgetown University School of Medicine and works with Dr. Kareem Zaghloul of the Surgical Neurology Branch studying metabolic causes and consequences underlying a epileptogenesis through in vitro models and electroencephalographic sorted human brain tissue.

Thank you for joining. My my name is Armin Mortazavi. I will be discussing a mechanism by which isocitrate dehydrogenase (IDH) mutated gliomas may promote epileptogenesis.

Tumor-related epilepsy is a clinically complex phenomenon as it consists of a brain tumor causing epilepsy. Up to 70% of patients with gliomas, which is the most common primary brain tumor, experience seizures within the course of their disease. Unfortunately 40% of these patients are refractory to common anti-epileptic drugs. It has been demonstrated that IDH mutations are independently associated with seizures. In fact, more than 70% of patients with IDH mutated gliomas experience seizures compared up to 40 percent with IDH wild type gliomas.

Seizures are a major contributor to poor quality of life and decline in neurocognition in these patients. Tumor-related epilepsy needs to be better elucidated in order to develop targeted treatments. We therefore sought to explore this phenomena through human patients and in vitro models. The IDH mutation has been well studied as it is a common mutated metabiology in the cancer. IDH mutations are believed to contribute to tumorigenesis and low-grade gliomas as well as many other neoplasms. The IDH mutation alters tumor biology significantly resulting in distinct metabolic changes as well as methylation and transcription patterns. Neomorphic enzymatic activity of IDH mutations convert alpha-ketoglutarate to D-2-hydroxyglutarate which is a key feature in its pathogenesis.

Using the MEA system we culture primary rat cortical neurons and study how neuronal activity is altered by disturbances that may be observed in peritumor environments. Specifically we explored why IDH mutations often result in higher rates of seizures. Not only are we able to study neural activity, but we can incorporate MEA studies with downstream assays such as protein expression, imaging studies, or metabolic investigations. Additionally, with this model we can introduce pharmacological modifications in order to better investigate potential mechanisms of action.

To investigate the role IDH mutated glioma play in epileptogenesis, we created an in vitro model to recapitulate the peritumor environment. We utilized transwell inserts with either IDH-R132H or IDH wild type mirroring glioma cells overlying primary rat cortical cultures on microelectrode arrays. In the presence of IDH-R132H glioma cells, neurons demonstrate increases in the number of bursts of neuronal spiking per second compared to activity in the presence of IDH wild type cells. In order to better elucidate this mechanism we sought to first inhibit the IDH mutation using AG-120 a small molecule inhibitor of the mutated IDH enzyme.>

To examine this we directly treated the mixed normal culture with D-2-HG in the absence of IDH glioma cells. Direct treatment with D-2-HG causes similar increases in the rate of firing and spiking bursts compared to controlled cultures. We were interested in understanding the cellular mechanisms through which D-2-HG may lead to increased neural spiking activity. We observed that the cortical rat neurons treated with D-2-HG demonstrate increases in IDH expression suggesting that D-2-HG may promote metabolic changes in the cortical culture. Additionally, following treatment with D-2-HG, maximum mitochondrial respiration increases as compared to controlled cultures.

We examined these metabolic changes further using liquid chromatography mass spectrometry to compare metabolic enrichments between cortical cultures treated with and without D-2-HG. Treatment of the mixed cortical culture with D-2-HG caused distinct shifts in metabolites compared to control. In the presence of D-2-HG cortical cultures exhibit significant enrichment of the end products of glycolysis and the TCA cycle, reflecting an overall increase in central carbon metabolism.

In five participants with confirmed low-grade IDH mutated gliomas we had the opportunity to examine resected human peritoneal cortical tissue that was identified as epileptic or non-epileptic through intracranial electrode monitoring. Similar to the cortical cultures, epileptic cortex also exhibits significantly elevated LDHA expression compared to non-epileptic cortex as visualized using multiplex immunofluorescence. These data suggest that the changes in LDHA expression observed in our cortical cell culture with D-2-HG are recapitulated in the human brain tissue lying adjacent to ideas mutated gliomas that exhibit seizures. Our data suggests a link between elevated neural activity and changes in metabolism in the context of IDH mutated gliomas. One possibility is that these changes may involve mTOR signaling which is both a major regulator of metabolism and which has also been implicated in epilepsy.

These data therefore suggest that the changes in metabolism observed in the presence of D-2-HG may be related to mTOR activity. Complementing the changes in mTOR activity observed in the mixed normal culture, we also found the epileptic human cortex adjacent to IDH mutated gliomas exhibit a significantly higher level of phosphorylated S6 expression compared to peritoneum non-epileptic cortex. These changes in phosphorylated S6 expression co-localize with cortical neurons and are consistent across all participants.

The increases in mTOR signaling and the changes in metabolism observed in the setting of D-2-HG may simply be a result of increased neuronal activity. To exclude this possibility we therefore investigated the effects of D-2-HG on metabolism and mTOR signaling when neuronal activity is silenced using the sodium channel inhibitor, tetrodotoxin, or TTX. Application of TTX to our mixed neuronal culture significantly reduces normal bursting even in the presence of D-2-HG.

As the metabolic changes observed following exposure to D-2-HG appear to emerge independently of the increases in spiking activity, we hypothesize that mTOR activation and associated metabolic shift may in fact promote greater neural activity. In this scenario IDH mutated gliomas lead to elevated spiking activity primarily through the effects of D-2-HG on the metabolic profile of the surrounding cells. To examine this, we treated cortical cultures with D-2-HG and rapamycin. The increases in bursting activity observed with D-2-HG compared to control cells are eliminated when the mTOR pathway is inactivated in the presence of rapamycin.

In summary, IDH mutated gliomas produce large amounts of D-2-HG. The D-2-HG in the peritoneal environment promotes major disruptions to the adjacent cortical tissue. Specifically, we hypothesize that D-2-HG upregulates mTOR signaling in neurons which in turn causes metabolic reprogramming and epileptic activity.

I would like to acknowledge and thank those who contributed to this work. Thank you for your attention.

And that is the conclusion for today's Coffee Break Webinar. If you have any questions you would like to ask regarding the research presented, or if you are interested in presenting your own research with microelectrode array technology or impedance-based assays, please forward them to coffeebreak@axionbio.com  For questions submitted for Arim Mortazavi he will be in touch with you shortly.

Thank you for joining in on today's Coffee Break Webinar and we look forward to seeing you again.