What you will learn in this 12 minute webinar:

The genomes of Neanderthals and modern humans are very similar. By investigating the differences in genetic make-up, we can gain insights into what separated modern humans from our extinct relatives. In this webinar, Cleber Trujillo, PhD (StemoniX) discusses how he introduced an archaic variant gene, NOVA1, into human pluripotent stem cell-derived brain organoids and evaluated the impact on neural activity as recorded on the Maestro MEA system. 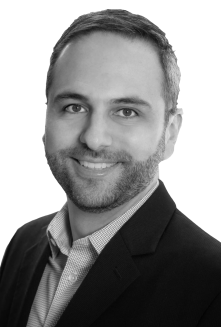 Dr. Trujillo has more than 15 years of experience in neurodevelopment and stem cell research. He uses human neural stem cell models to explore novel pathways and therapeutic targets for psychiatric disorders. As a researcher at the University of California, San Diego, he used his expertise to improve personalized medicine strategies. To further investigate human brain development, he developed cortical organoids that dynamically change cellular populations during maturation and exhibit complex electrical activity. At StemoniX, Dr. Trujillo is using a high throughput functional neural screening approach for drug discovery, and bringing the research closer to patients in need.

Transcript of webinar on Neanderthal Mini-Brains: Exploring the archaic variant of NOVA1 through cortical organoids

Today's topic is Neanderthal mini-brains: Exploring the archaic variant of NOVA1 through cortical organoids. The genomes of Neanderthals and modern humans are very similar. By investigating the impact of our genetic differences we can gain insights into what separated modern humans from our extinct relatives.

In this webinar, Dr Cleber Trujillo and his team introduced an archaic variant gene of NOVA1 into human pluripotent stem cell-derived brain organoids. Organoids with the archaic NOVA1, an RNA-binding protein, showed altered gene expression as well as morphological and functional changes.

Dr Cleber Trujillo is a researcher with over 15 years of experience in neurodevelopment and stem cell research. At the University of San Diego he took advantage of iPSC-derived models to understand human syndromes and to better improve personalized medicine strategies. At StemoniX, his work investigates human brain development with cortical organoids that brings lab research closer to patients in need.

Thank you for the introduction. Current reviews of human evolution indicate that many hominin lineages appear, but only one survived to the present. Neanderthals and Denisovan, two of these extinct lineages, are our closest evolutionary relatives, providing the most subtle genetic and phenotypic contrast to our species. Comparison of these genomes has shown that many humans today carry specific genetic differences that may have been important for recent human evolution. Knowing how these species genes differ from humans is important to help us understand what makes humans unique - especially in our brains.

To determine the extent of these differences for brain development, we compared the human genome sequences with Neanderthals and Denisovans. We found a set of 61 positions in which all humans carry an autosomal fixed-derived mutation. The Neuro-oncological ventral antigen 1, or NOVA1, includes one of these few protein-coding differences between modern humans and archaic genomes. NOVA1 regulates alternative splicing in the developing nervous system. Using CRISPR-Cas9 genome editing technology in human induced pluripotent stem cells, or iPSCs, we replaced the modern human allele of NOVA1 gene with the archaic variant containing a single-nucleotide substitution at position 200 that causes an isoleucine-to-valine change. To investigate the functional importance of these amino acid change in humans, we follow iPSC neurodevelopment through functional cortical organoids.

Organoids have emerged as a scaled-down and three-dimensional model of the human brain, mimicking several developmental features at the cellular, molecular, and functional levels. A couple of years ago, we developed human cortical organoids that dynamically changed cell population during maturation and exhibited consistent increase in electrical activity over time. The spontaneous network formation of oscillatory events were dependent on glutamatergic and GABAergic signaling. Our approach provides opportunities to investigate and manipulate the role of network activity in the developing human cortex.

Using the same approach, we generate cortical organoids with stem cells expressing the ancestral variants of NOVA1 found in Neanderthals and Denisovans, containing a single isoleucine-to-valine variation. It is called here NOVA1 human and NOVA1 archaic. We also generate other genotypes such as NOVA1 no culture archaic and NOVA1 knockout. Then we follow iPSC neural development through functional cortical organoids for a couple of months.

During organoid development we measure its size and morphology. Although no differences were observed during neural induction, NOVA1 archaic and NOVA1 knockout archaic cortical organoids were smaller in diameter than the NOVA1 human organoids during the proliferative and maturation stages. To explore other potential morphological differences we extract two-dimensional outlines to generate 3D surface models of the cortical organoids. These models revealed increased surface complexity in NOVA1 archaic and NOVA1 knockout archaic organoids at the proliferative stage. NOVA1 archaic cells proliferated more slowly than NOVA1 human cells owing to the reduced number of proliferative cells, developing then an aberrant cell layer structure morphology. Together, our finding suggests the reduction of organized size and this increased surface complexity may be linked to alterations in proliferation and cell death.

Next we collect and sequenced RNA from cortical organoids to capture potential alterations in gene expression and the alternative splicing. Although NOVA1 is not expected to affect expression directly, the splicing changes can have downstream effects of gene expression. We identified 277 differentially expressed genes between NOVA1 archaic and NOVA1 human organoids at different stages of maturation, many of which are involved in neuro development, the neurodevelopmental processes. To characterize the cellular diversity of NOVA1 archaic cortical organoids during development, we perform single-nucleus RNA sequencing. We use unsupervised clustering on the combined data set of 50,000 nuclei to identify clusters and their relative abundances. Differences in cell-type proportion were observed among the genotypes, leading to potential differences in regional identity.

To determine the binding preferences of the human and archaic forms of NOVA1 across the transcriptome, we perform eCLIP assays. We identify more than 30,000 significantly enriched binding sites for both forms of NOVA1, of which around 80 percent occurred in intronic regions in human protein-coding genes. About two-thirds of peaks regions are overlapping between the genotypes, and the binding sites of both forms of NOVA1 are strongly enriched for the canonical sequence motif. Notably, cells carrying NOVA1 archaic genotype preferentially select an alternate last exon and a shorter 3-prime UTR sequence of NOVA1 transcript, which corresponds to reduced binding density of NOVA1 archaic on the long 3-prime UTR.

Since many genes differently express or splice in NOVA1 archaic organoids are involved in synaptogenesis and neuronal connectivity, we verified whether synaptic protein levels showed an altered profile. NOVA1 archaic cortical organoids express lower levels of pre- and post-synaptic proteins, resulting in reduced colocalized synaptic puncta. To investigate whether the observed protein alterations affect synaptic protein interaction networks, we use quantitative multiplex coimmunoprecipitation to characterize the abundance of these synaptic proteins. We identify 15 high confidence protein co-associations that were significantly different including SHANK, HOMER and mGluR5, which binds each other to form the receptor scaffolding system; and PSD95, an NMDA receptors, and SynGAP, which contribute to activity-dependent plasticity. These data demonstrate widespread changes in synaptic protein network downstream of NOVA1 mutation.

To evaluate the impact of synaptic molecular changes of neural network activity, we plated cortical organoids on the Axion Maestro multi-electrode array and measured the electrophysiological differences between NOVA1 archaic and NOVA1 human. As you might know, the MEA technology allows dynamic extracellular recordings for a microscopic view of neural networks.

When evaluating the network activity, mature NOVA1 archaic cortical organoids display an increased number of bursts and a higher coefficient of variation while while showing lower synchrony levels compared to NOVA1 human. It was also observed that neurons from NOVA1 archaic cortical organoids display higher variability according to their firing rates. Our data suggests that expression of archaic NOVA1 variant leads to modify modified synaptic proteins interaction affecting glutamate signaling and neural connectivity.

There are some limitations to our approach. First, our experiments used a specific human genetic background. It is likely that the genetic background between the archaic hominins and the modern humans differed such that much of the genetic variations in these human cell lines did not coexist with the archaic version version of NOVA1. For NOVA1 targets, the NOVA1 archaic splicing phenotype in human genetic background may have generated a total new phenotype. The splicing differences observing NOVA1 archaic cortical organoids compared with those observed in NOVA1 human can be interpreted as the first step towards a full understanding of the role of the human specific version of NOVA1. Take this point into consideration, our results support a hypothesis that they are taking over when archaic genetic variants alter cortical organoid development in a modern human background. We think that these genetic changes was an important event in the evolution of the modern human species neural phenotype. With that I would like to thank all the other authors and all the other agencies that help our work. Thank you so much.

And that is the conclusion for today's Coffee Break Webinar. If you have any questions you would like to ask regarding the research presented or if you are interested in presenting your own research with microelectrode array technology or impedance-based assays please forward them to coffeebreak@axionbio.com. For questions submitted for Dr Cleber Trujillo, he will be in touch with you shortly.

Thank you for joining in on today's Coffee Break Webinar and we look forward to seeing you again.