What you will learn in this 8 minute webinar: 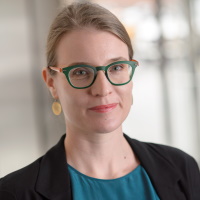 Dr. Zeltner completed her PhD at the Icahn School of Medicine at Mount Sinai in New York, working on the use of adeno-associated virus for gene therapy. After working in the Studer lab at Memorial Sloan Kettering Cancer Center, Dr. Zeltner joined UGA as an Assistant Professor in early 2018. 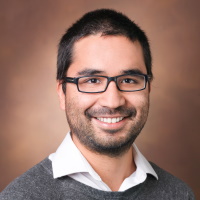 Dr. Saito-Diaz completed his Ph.D. at Vanderbilt University where he studied the molecular mechanism of the Wnt signaling pathway. In 2018, he joined the Zeltner lab at UGA as a Postdoctoral Research Associate.

Thank you for joining for today's coffee break webinar. Today's topic is the derivation and characterization of peripheral neurons.

Human pluripotent stem cells provide a powerful platform to model diseases of sensory neurons in the peripheral nervous system and study their underlying mechanism. Unfortunately, protocols to differentiate sensory neurons from human pluripotent stem cells can be lengthy, technically difficult, and may not yield large quantities of the desired cell types.

In this webinar, Dr. Nadja Zeltner and Dr. Kenyi Saito-Diaz of the University of Georgia, describe a versatile protocol to differentiate sensory neurons from human pluripotent stem cells.

Dr. Zeltner completed her PhD at the Icahn School of Medicine at Mount Sinai in New York, working on the use of adeno-associated virus for gene therapy. After working in the Studer lab at Memorial Sloan Kettering Cancer Center, Dr. Zeltner joined UGA as an Assistant Professor in early 2018.

Dr. Saito-Diaz completed his Ph.D. at Vanderbilt University where he studied the molecular mechanism of the Wnt signaling pathway. In 2018, he joined the Zeltner lab at the University of Georgia as a Postdoctoral Research Associate.

Together they will describe how differentiated neurons go through the appropriate developmental stages, taking advantage of these stages to enrich for specific sensory neuronal subtypes

The induced pluripotent stem cell technology is a powerful tool to study the peripheral nervous system. In this system, we can isolate somatic cells from patients and reprogram them into iPSCs. We can then differentiate these iPSCs into a pool of sensory neurons that comprises all 3 subtypes, or we can isolate each subtype. For example, we can isolate nociceptors, to study pain or hereditary diseases such as FD. Then, using this platform we can identify potential drugs which could be used as treatment for patients.

One example of a hereditary disease affecting the PNS is Familial dysautonomia. FD is a genetic disease caused by a mutation in the gene ELP1, which causes its downregulation. FD affects development and survival of all the PNS including autonomic and sensory neurons. Patients show a wide range of symptoms, for example, a symptom caused by dysfunction of autonomic and sensory neurons is the dysautonomic crises, which are vomiting episodes that occur when the patient gets excited or stressed. On the other hand, due to loss of sensory neurons, patients have decreased pain and temperature sensation. Currently, there is no cure for FD, there are only palliative treatments, and patients rarely live last 40 years old. Thus, there is a clear need to study and understand FD in neurons of the peripheral nervous system.

As I mentioned before, the iPSCs technology is an ideal tool to study peripheral neurons. However, a critical step to characterize iPSC-derived peripheral neurons is to assess their functionality. Multielectrode arrays are an excellent platform for these type of studies. In our studies we used the Axion Maestro Pro because it’s easy to use and allows us to measure the activity of a network of neurons as well as to manipulate their environment (for example using small molecules) and assess their effects in the firing of action potentials without killing them.

To model diseases of the PNS we adapted a protocol to differentiate pluripotent stem cells into sensory neurons using chemically defined conditions. As you can see the cells pass through the developmental stage of neural crest prior to differentiating into SNs. Here you can see that neural crest cells are positive for the transcription marker SOX10, whereas sensory neurons are positive for the pan-neuronal marker TUJ1 and the SN-specific marker BRN3A. Furthermore, this protocol results in an increased differentiation of nociceptors marked by the surface marker TRKA, compared to mechanoreceptors and proprioceptors, marked by TRKB and TRKC respectively. This composition is similar to what is observed in the human dorsal root ganglia.

To test whether the SNs are electrically active we turned to the MEA Axion Maestro Pro. During differentiation, we replated the neural crest cells into MEA plates, continued the differentiation and monitored their electrical activity over time. Here you can see a representative image of the plating of our SNs in a well of the MEA plate, the black lines indicate the electrodes. In this heatmap, you can see the differences of firing rate between day 20 and day 50 of differentiation. Furthermore, you can see that the SNs start firing on day 25 and continue to fire up to day 80. Additionally, the number of action potential bursts peaks at day 65, as well as the firing frequency. Finally, we used 3 different nociceptor agonists: Capsaicin, WIN 55212, and Pregnenolone, which all increased the firing rate of our SNs.

Finally, we developed two methods to select for specific neuronal subtypes. First, we used immunopanning to isolate individual subtypes using antibodies against the surface markers TrkA, TrkB, and TrkC, which are expressed in nociceptor, mechanoreceptors, and proprioceptors respectively.

Second, we changed the date when we replate the neural crest cells to push the differentiation towards mechanoreceptors.

We tested their functionality using the Axion Maestro Pro. We plated the mechanoreceptors in the MEA plates and measured their firing rate under normal conditions. We then incubated the SNs in hypoosmotic media which would induce pressure to the SNs (mimicking touch) and measured the firing rate. As you can see, hypoosmotic media significantly increased the firing rate, suggesting that the mechanoreceptors are functionally active.

With this study, we were able to efficiently generate SNs from pluripotent stem cells, including iPSCs generated from patients. We were able to obtain a pool of neurons containing nociceptor, mechanoreceptors, and proprioceptors, which can be used to study development and different aspects of diseases of the peripheral nervous system including axon regeneration. Furthermore, we were able to isolate specific subtypes which can be used to study their biology and potentially identify new small molecules that could be used as potential treatments.

Here we presented a protocol to generate SNs using chemically defined conditions and are electrically functional. We also demonstrate two distinct methods to enrich for specific SN subtype which are also active. We hope that this protocol will be a platform to study development and diseases of the peripheral nervous system, specifically of sensory neurons, and hopefully this knowledge will help us develop new treatment.

And that is the conclusion for today's Coffee Break Webinar. If you have any questions you would like to ask regarding the research presented or if you are interested in presenting your own research with bioelectronic assays, please forward them to coffeebreak@axionbio.com. Thank you for joining in on today's Coffee Break Webinar and we look forward to seeing you again.