With the Neural Module for Maestro Pro and Maestro Edge, you can quickly and easily measure electrical activity of neurons, including activity, synchrony, and network oscillations.

Powerful data doesn’t have to mean complicated software. The Neural Module for AxIS Navigator software provides a straightforward, simplified approach to the set-up, execution and analysis of neural experiments. 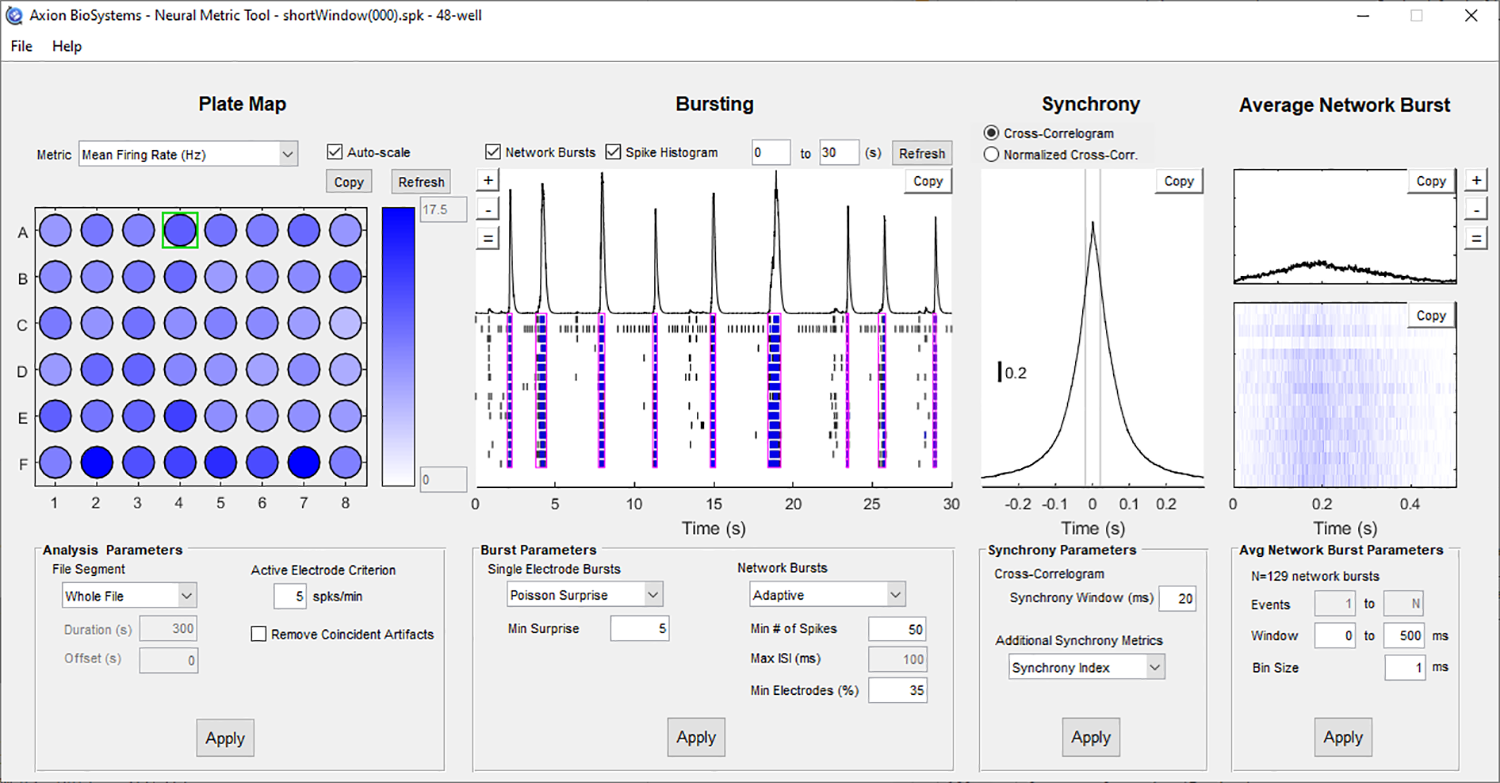 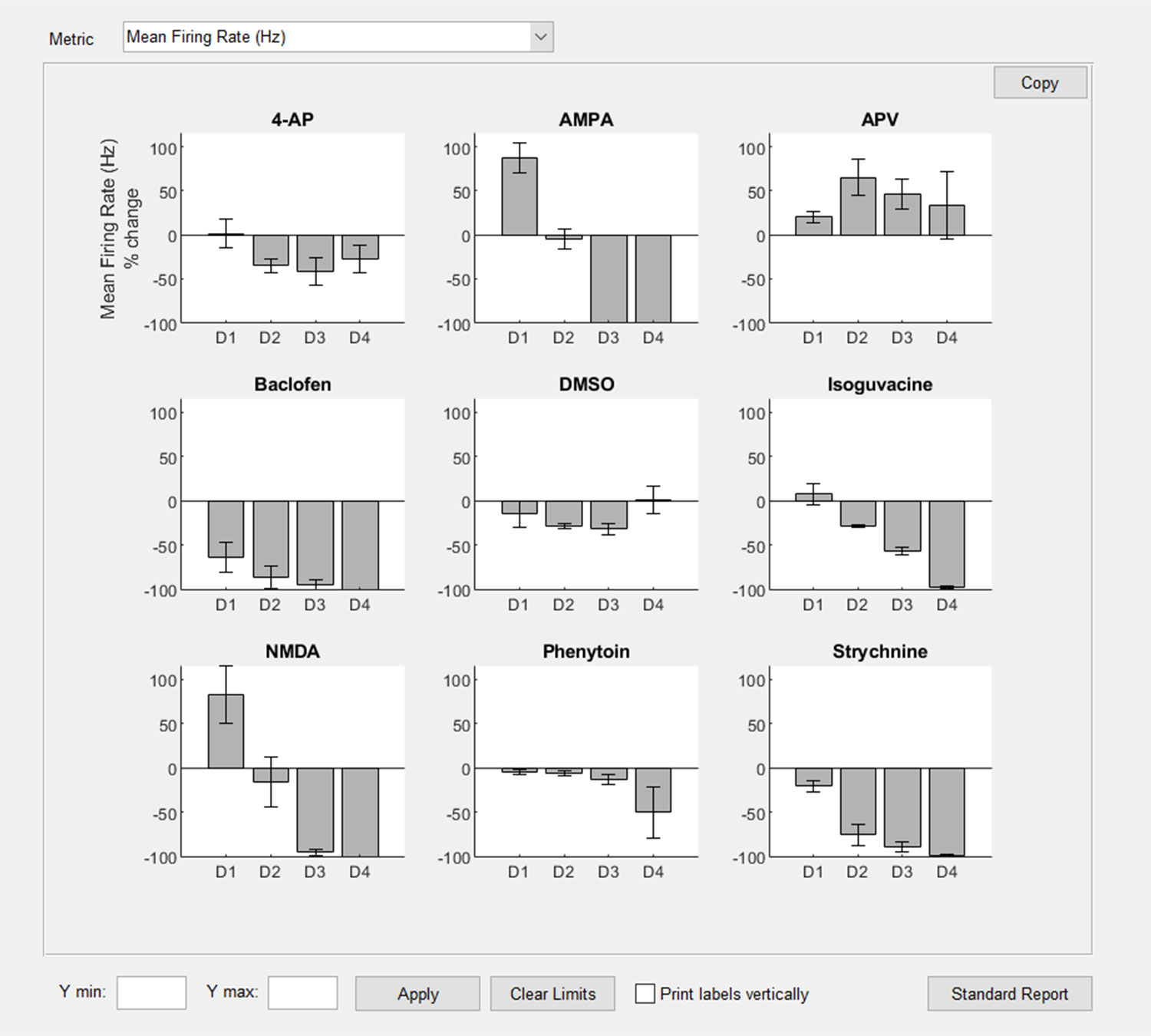 The functional evaluation of neurons has historically been tedious, requiring months of training to study single cells in low throughput. With the Neural Module for Maestro Pro and Maestro Edge, any scientist can quickly and easily measure electrical network behavior in cultured neural populations in a multiwell plate.

Neurons can be cultured in Axion’s microelectrode array (MEA) plates on a grid of tightly spaced electrodes embedded in the culture surface of each well. Over time, as the cultures become established, neurons can form cohesive networks. With the Neural Module, spontaneous or induced firing of neurons is captured from each electrode on a microsecond timescale, providing both temporally and spatially precise data.

The Neural Module enables the Maestro Pro and Edge to record and analyze key parameters of neural network function, including activity, synchrony, and network oscillations. 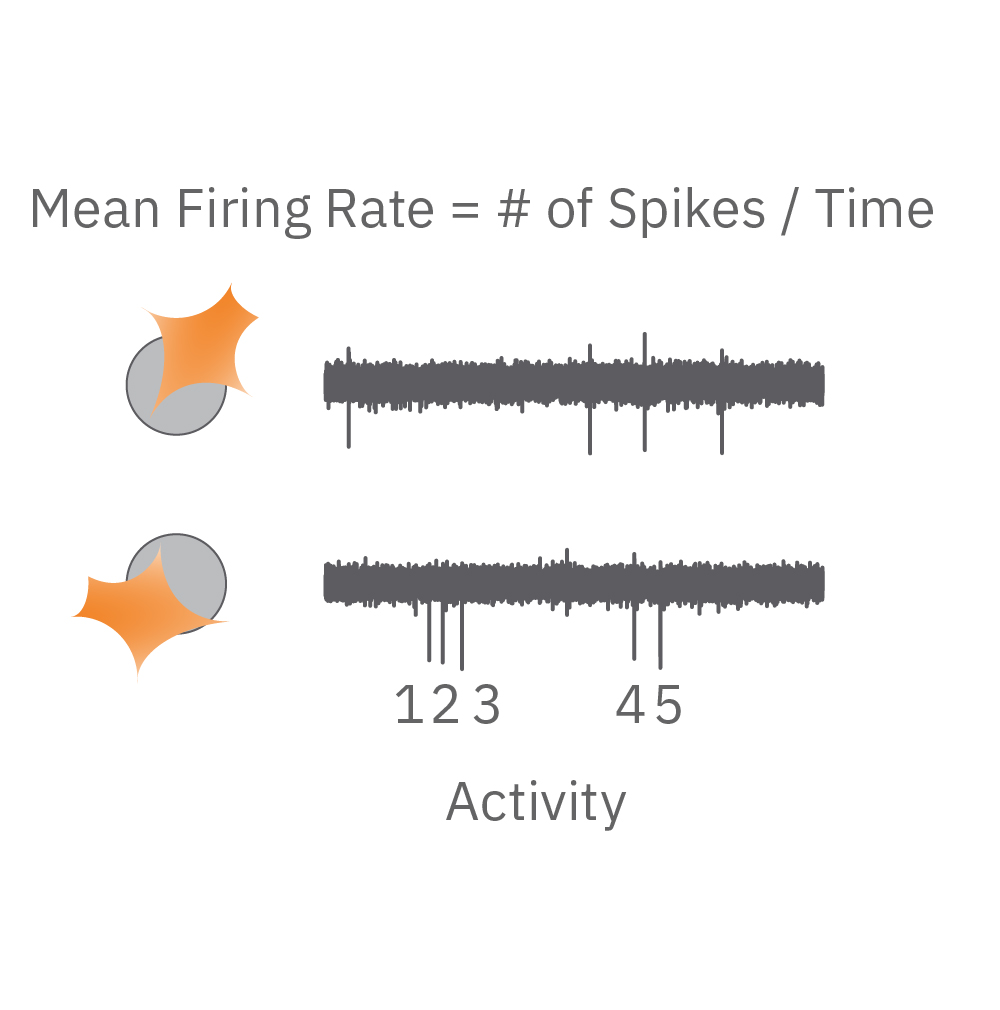 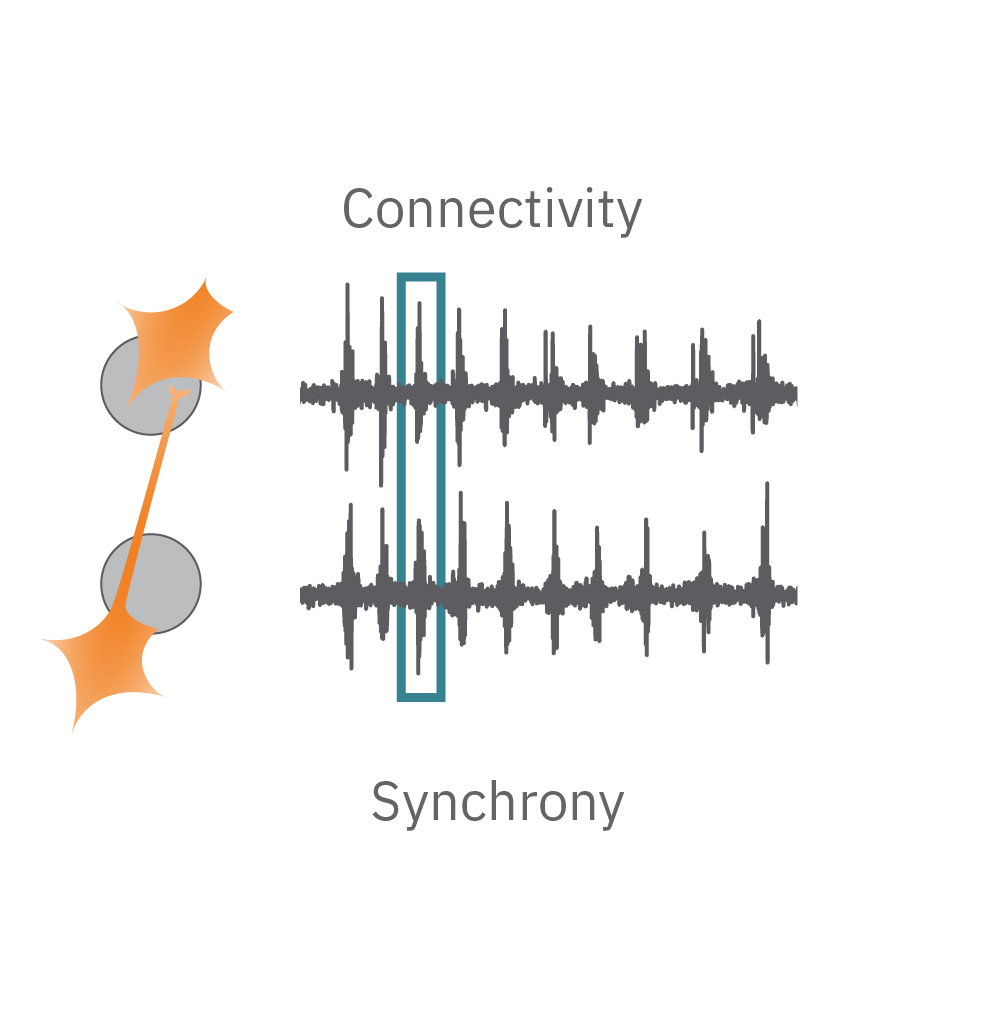 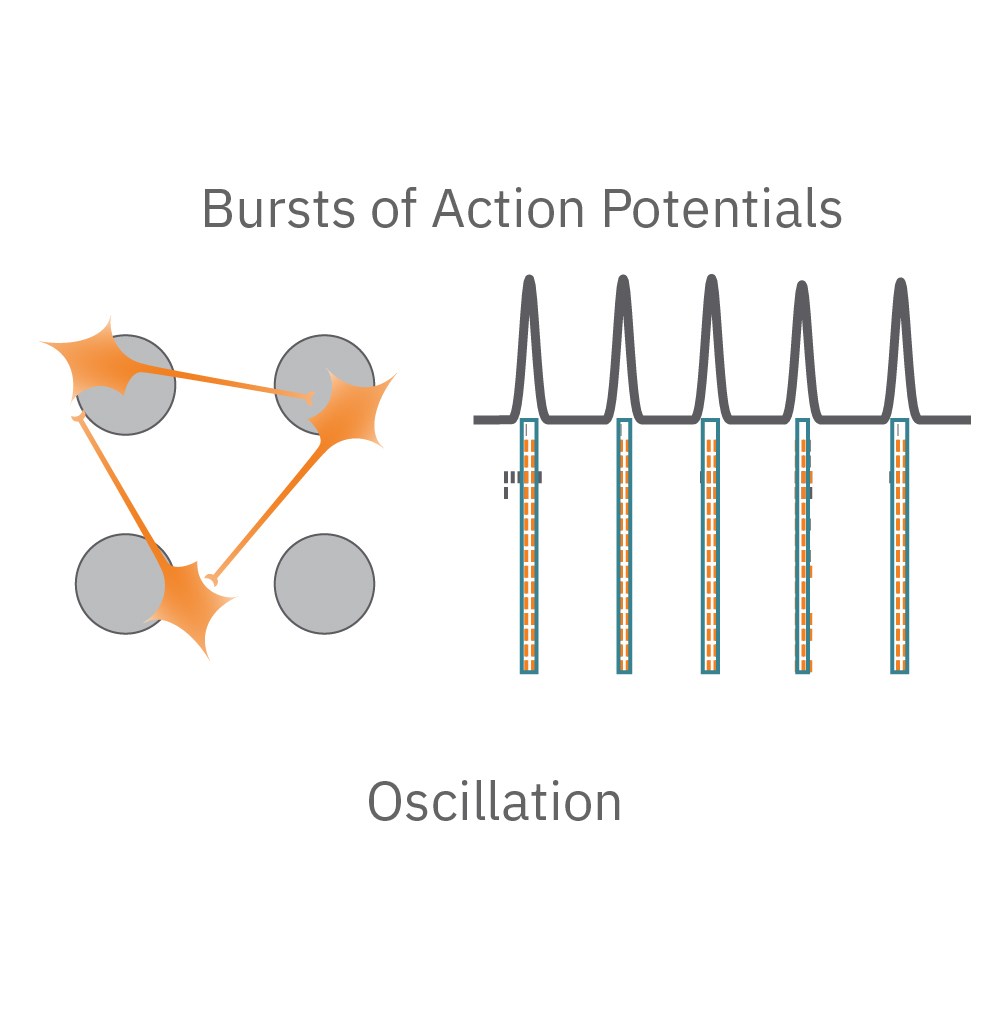 Synchrony – are the synapses functional? Synapses are functional connections between neurons, such that an action potential from one neuron affects the likelihood of an action potential from another neuron. Synchrony reflects the strength of synaptic connections, and thus how likely neurons are to generate action potentials simultaneously on millisecond time scales. High values (toward 1) indicate highly synchronous activity, and low values (toward 0) indicate the firing of individual neurons has little influence on the activity of other neurons.

Oscillation – is the network functional? Neural oscillations, defined by alternating periods of high and low activity, are a hallmark of functional networks with excitatory and inhibitory neurons. Oscillation is a measure of how the spikes from all of the neurons in a well are organized in time. High values indicate that the network exhibits bursts of action potentials interspersed with periods of relative quiescence. Low values indicate action potentials are not coordinated across neurons in the network.

Ready to get started?