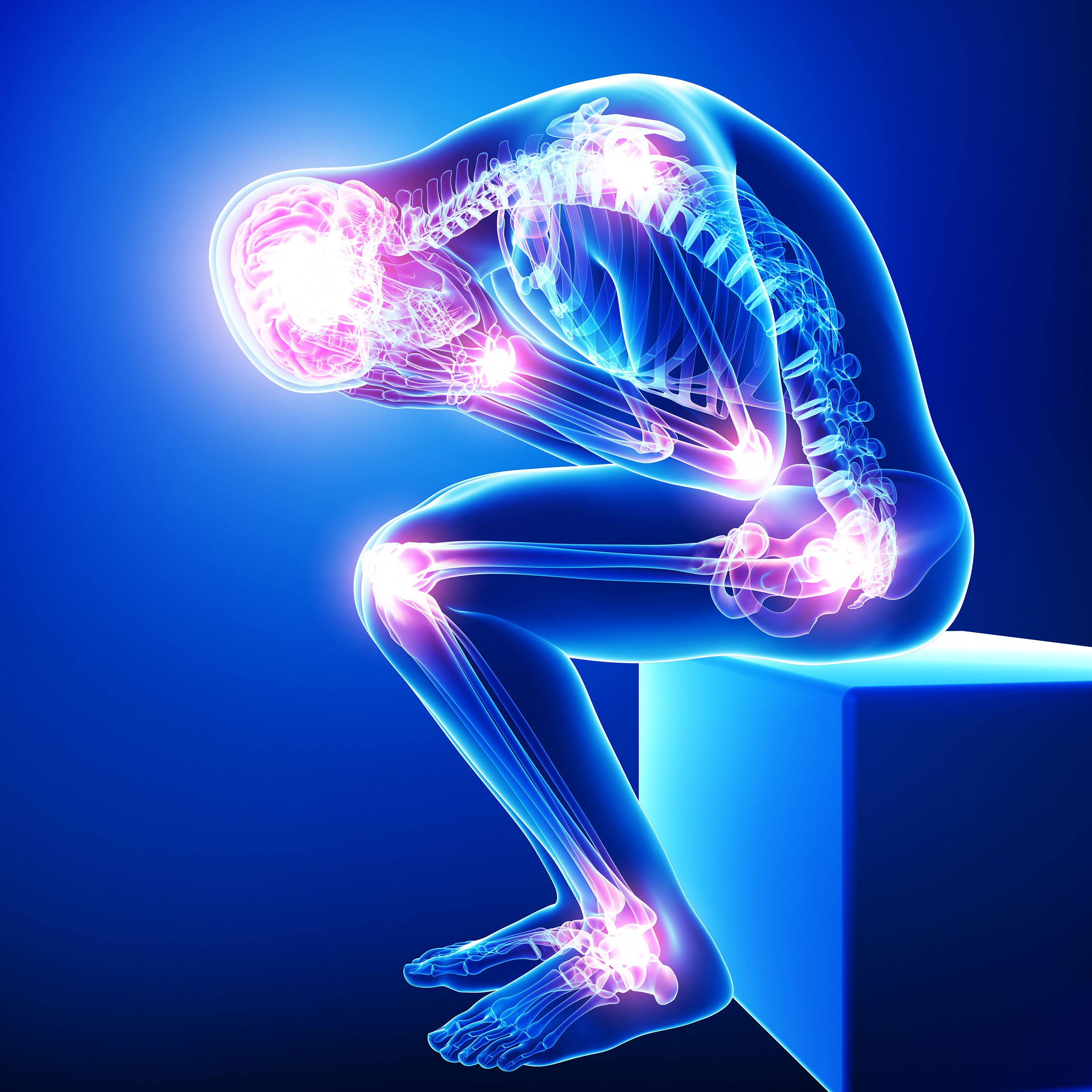 The sensation of pain is transmitted from sensory nerve endings to the central nervous system by axons of peripheral neurons whose cell bodies reside in the dorsal root ganglion (DRG). Damage to these primary afferent neurons, or defects in the proteins underlying their electrical or sensing function, can cause neuropathic pain, a persistent sensation of pain associated with increased spontaneous firing of DRG neurons

Sensitivity of DRG neurons to noxious stimuli is largely caused by the TRP family of ionotropic receptors, which display differing sensitivity profiles for stimuli including chemical agents, noxious heat and cold, and changes in pH due to inflammation. Of particular relevance is the TRPV1 channel, a primary receptor for noxious heat and pH implicated in hyperthermia and inflammatory pain. Capsaicin is an active component of chili peppers, and is a chemical irritant for humans, producing a sensation of burning in any tissue with which it comes into contact. Activation of DRG neurons was conducted using capsaicin, an agonist of the TRPV1 receptor. The effect of 100 nM capsaicin on mean firing rate (MFR) of DRG neurons (1x104 cells per well) was measured on DIV 7 with Axion's MEA system. 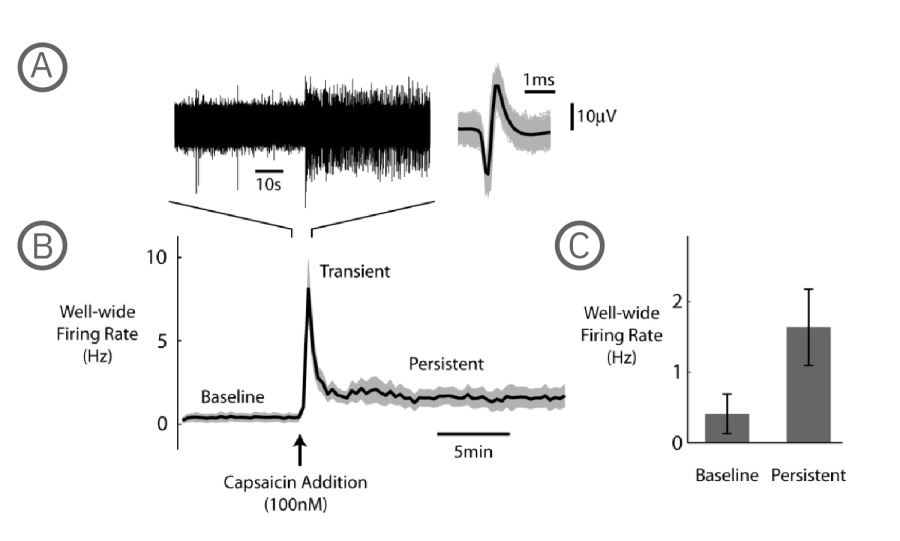 A) The raw voltage trace shows the increased firing resulting from capsaicin addition, with the waveform of each detected spike plotted to the right (gray), along with the mean spike waveform (black). B) Three separate stages of the capsaicin response are apparent in the plot of well-wide firing rate (N=6 wells, mean – black, +/- standard error of the mean – gray): baseline spontaneous firing, transient capsaicin-induced firing, and a persistent elevated firing that lasts for tens of minutes following the capsaicin addition. C) The bar chart represents an average over a 3 minute period for both the baseline and the persistent phases of the capsaicin response, where the firing rate was higher in the persistent phase (N=6, p = 0.0313, Wilcoxon Signed Rank Test, error bars represent standard error of the mean).

In summary, Axion's multiwell MEA system with the Neural Module recorded the significant well-wide increase in DRG firing rate after the addition of capsaicin. 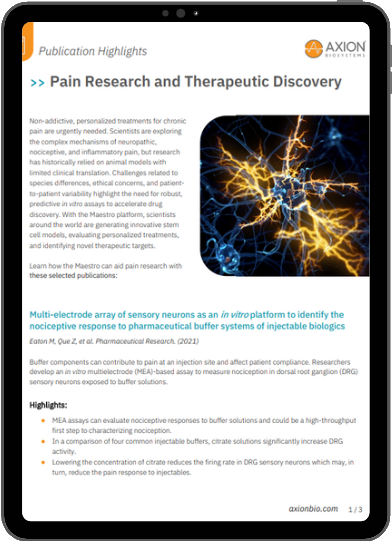 Robust in vitro activation of DRG neurons by capsaicin sets the stage for screening assays in which this response is blocked by potential pain therapeutics. Two wells of DRG neurons (1x104 cells per well) cultured in MEA plates were treated with 100 nM capsaicin at 7 minutes, causing an increase in firing rate. After 20 minutes, DRG neurons were treated with 10 mM dehydroandrosterone (DHEA), a TRPV1 competitive inhibitor. The DHEA treated DRGs exhibited a significant reduction in mean firing rate compared to the control well, consistent with previous whole cell patch clamp studies on DRG neurons. After 10 minutes of reduced firing due to DHEA exposure, the effect was markedly reversed by addition of 1 mM capsaicin, demonstrating continued sensitivity of the TRPV1 receptors.

Modulation of DRG neuron activity, suppression and rescue of firing activity, was recorded across a microelectrode array well.

Thermal sensitivity of DRG neurons recorded on an MEA system

Noxious heat is a modulator of TRPV1 channel conformation. Temperatures in excess of 43°C lower its activation threshold, causing increased excitability of the neuron. The thermal response of DRG neurons can be evaluated on the Maestro MEA system using the integrated temperature control, which directly heats the MEA plates. The responses of 5 individual DRG neurons exposed to increasing temperature were analyzed by first spike sorting in the Plexon Offline Sorter and then loading the sorted spike trains into the Neural Metric Tool. 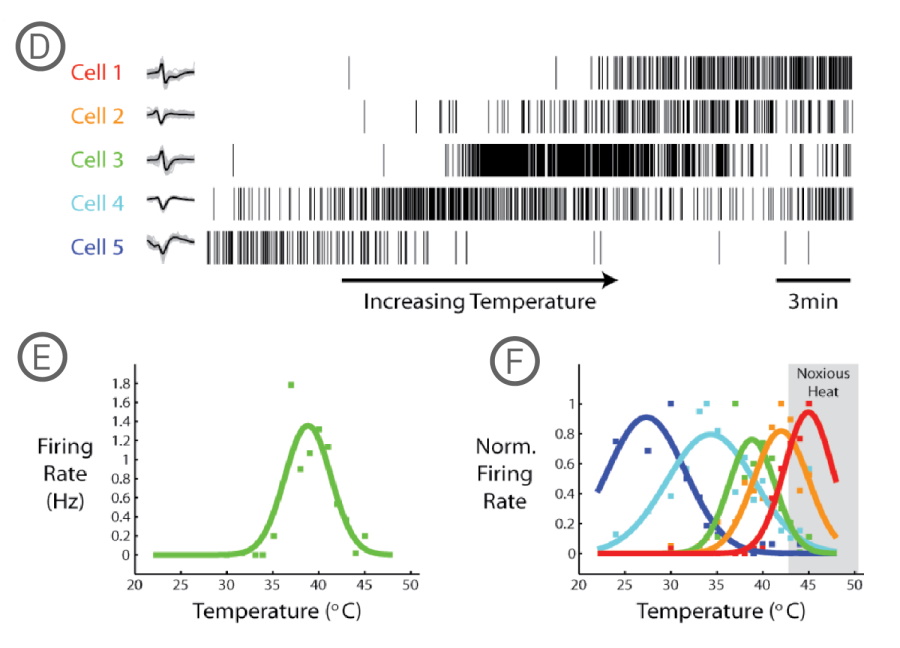 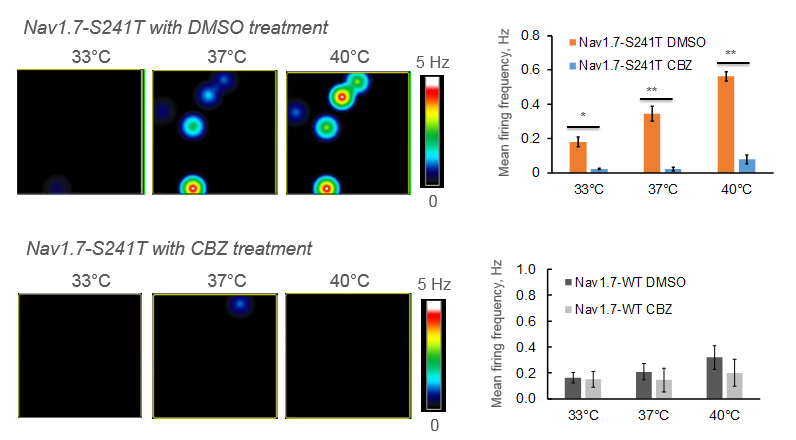 Maestro microelectrode arrays recorded the change in mean firing frequency of the burning man syndrome neurons in response to suppression treatment as the multiwell MEA plate environment increased in temperature. 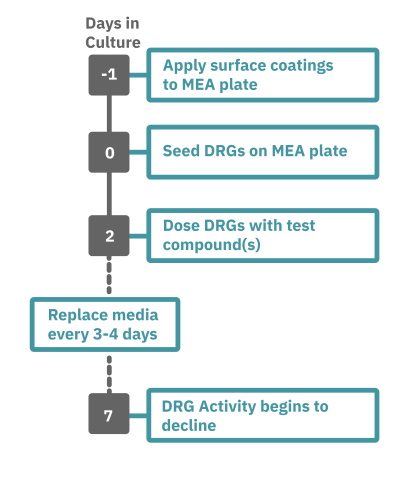 Getting started with Maestro Pro and Edge couldn't be easier. Culture your DRG neurons in an Axion multiwell MEA plate (Day 0).  Load the MEA plate into the Maestro MEA system at the desired recording times, allow the built-in environmental controls to equilibrate, and begin recording.  Analyze the neural activity in the MEA plate, label-free and in real-time, with AxIS Navigator Neural Module software.

The advantage of modeling pain and measuring the neural activity of DRG neurons on the Maestro Pro and Edge multielectrode array systems: 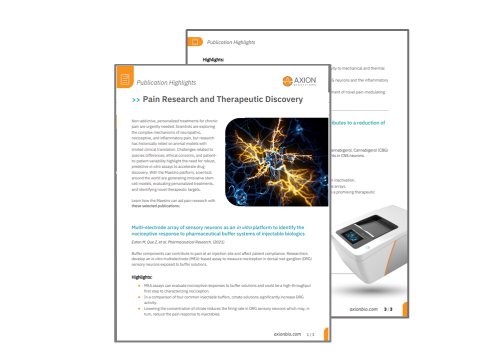 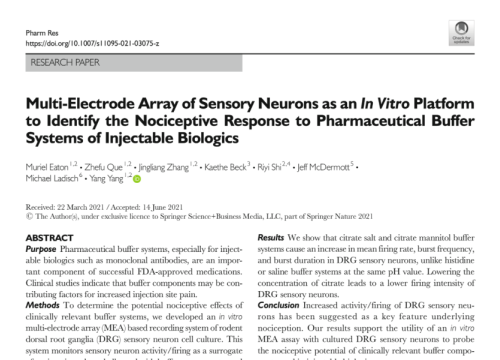 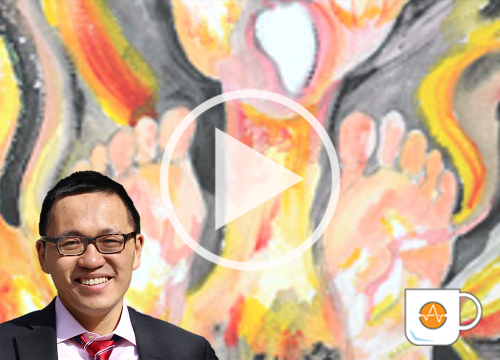 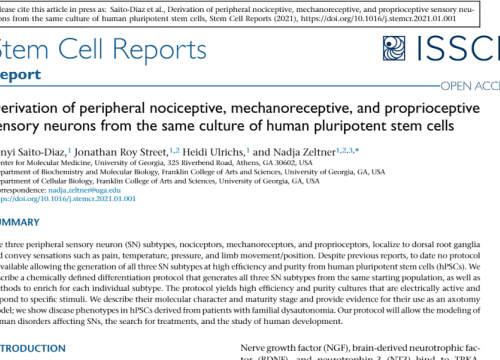 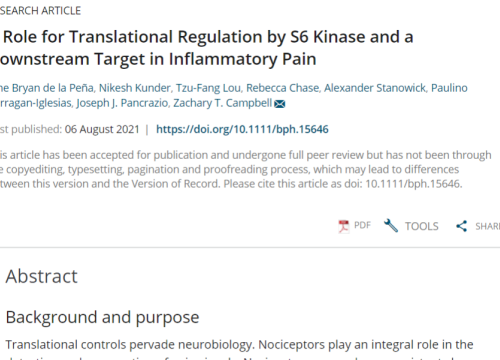 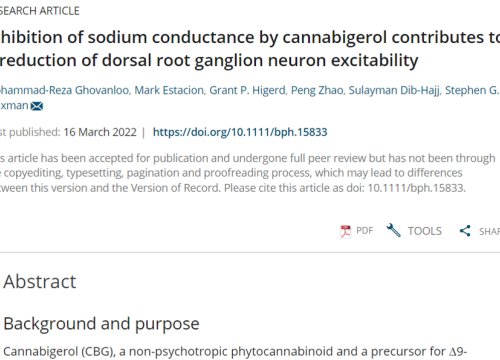 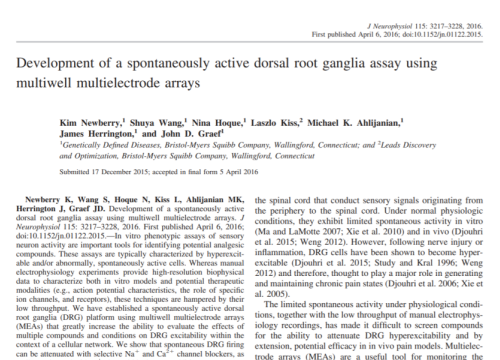 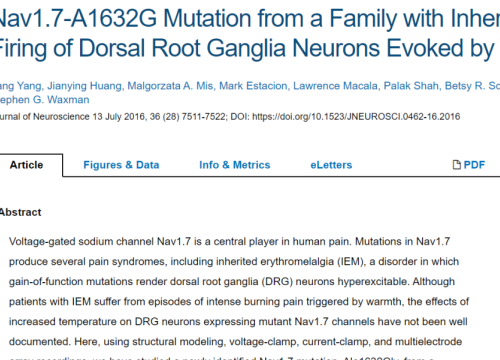 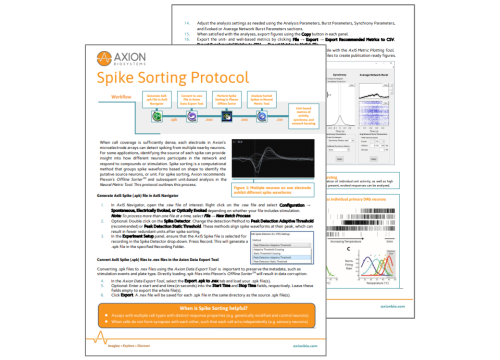 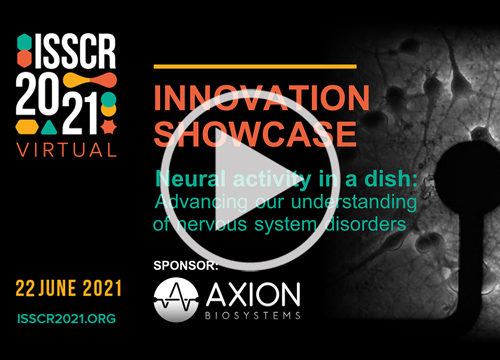 ISSCR 2021: Neural activity in a dish: Advancing our understanding of nervous system disorders