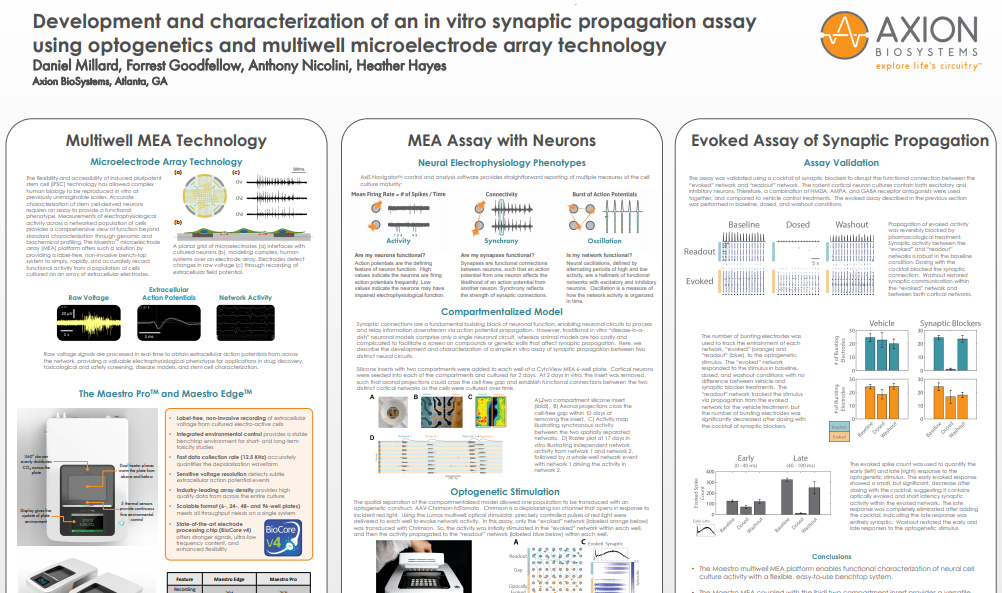 Is my network functional? Neural oscillations, defined by alternating periods of high and low activity, are a hallmark of functional networks with excitatory and inhibitory neurons. Oscillation is a measure of how the network activity is organized in time.

Synaptic connections are a fundamental building block of neuronal function, enabling neuronal circuits to process and relay information downstream via action potential propagation. However, traditional in vitro “disease-in-a dish” neuronal models comprise only a single neuronal circuit, whereas animal models are too costly and complicated to facilitate a screen on compounds or genetic edits that affect synaptic propagation. Here, we describe the development and characterization of a simple in vitro assay of synaptic propagation between two distinct neural circuits.

Silicone inserts with two compartments were added to each well of a CytoView MEA 6-well plate. Cortical neurons were seeded into each of the compartments and cultured for 2 days. At 2 days in vitro, the insert was removed, such that axonal projections could cross the cell-free gap and establish functional connections between the two distinct cortical networks as the cells were cultured over time. 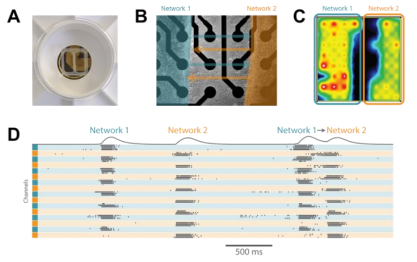 The spatial separation of the compartmentalized model allowed one population to be transduced with an optogenetic construct, AAV-Chrimson-tdTomato. Chrimson is a depolarizing ion channel that opens in response to incident red light. Using the Lumos multiwell optical stimulator, precisely controlled pulses of red light were delivered to each well to evoke network activity. In this assay, only the “evoked” network (labeled orange below) was transduced with Chrimson. 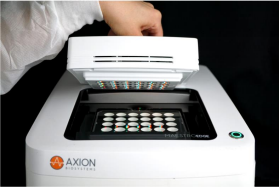 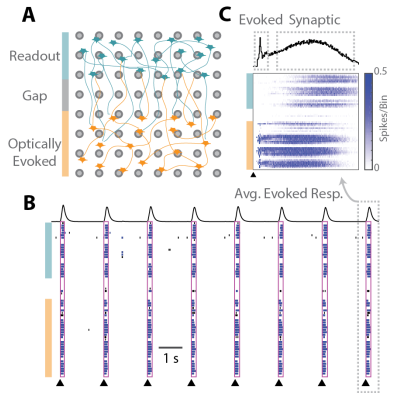 Connection between two cortical networks formed after the well divider was removed. (A) The “evoked” network is sensitive to optical stimulation due to Chrimson transduction, and synaptic propagation of electrophysiological activity was observed across the gap to the “readout” network. (B) Raster plot indicates synchronous activity after optical stimulation and (C) the average evoked response denotes an early evoked response followed by a flurry of synaptically-mediated activity in the late response.

The assay was validated using a cocktail of synaptic blockers to disrupt the functional connection between the “evoked” network and “readout” network. The rodent cortical neuron cultures contain both excitatory and inhibitory neurons. Therefore, a combination of NMDA, AMPA, and GABA receptor antagonists were used together, and compared to vehicle control treatments. The evoked assay described in the previous section was performed in baseline, dosed, and washout conditions.

Propagation of evoked activity was reversibly blocked by pharmacological treatment. Synaptic activity between the “evoked” and “readout” networks is robust in the baseline condition. Dosing with the cocktail blocked the synaptic connection. Washout restored synaptic communication within the “evoked” network and between both cortical networks. 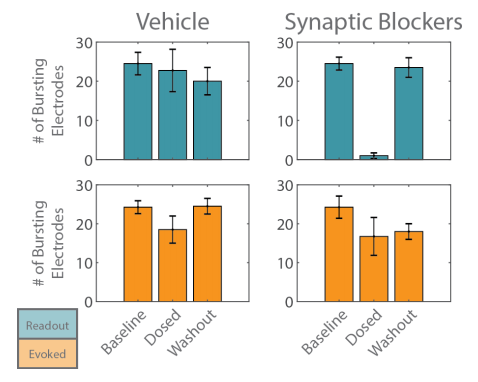 The number of bursting electrodes was used to track the entrainment of each network, “evoked” (orange) and “readout” (blue), to the optogenetic stimulus. The “evoked” network responded to the stimulus in baseline, dosed, and washout conditions, with no difference between vehicle and synaptic blocker treatments. The “readout” network tracked the stimulus via propagation from the evoked network for the vehicle treatment, but the number of bursting electrodes was significantly decreased after dosing with the cocktail of synaptic blockers. 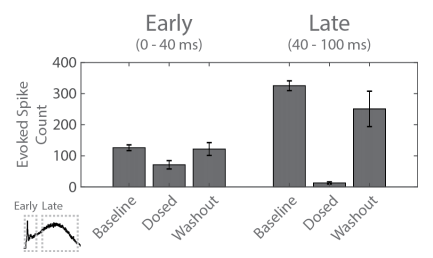 The evoked spike count was used to quantify the early (left) and late (right) response to the optogenetic stimulus. The early evoked response showed a small, but significant, decrease after dosing with the cocktail, suggesting it contains optically evoked and short latency synaptic activity within the evoked network. The late response was completely eliminated after adding the cocktail, indicating the late response was entirely synaptic. Washout restored the early and late responses to the optogenetic stimulus.

The flexibility and accessibility of induced pluripotent stem cell (iPSC) technology has allowed complex human biology to be reproduced in vitro at previously unimaginable scales. Accurate characterization of stem cell-derived neurons requires an assay to provide a functional phenotype. Measurements of electrophysiological activity across a networked population of cells provides a comprehensive view of function beyond standard characterization through genomic and biochemical profiling. The Maestro™ microelectrode array (MEA) platform offers such a solution by providing a label-free, non-invasive bench-top system to simply, rapidly, and accurately record functional activity from a population of cells cultured on an array of extracellular electrodes. 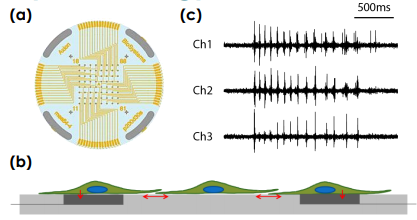 A planar grid of microelectrodes (a) interfaces with cultured neurons (b), modeling complex, human systems over an electrode array. Electrodes detect changes in raw voltage (c) through recording of extracellular field potential.

Raw voltage signals are processed in real-time to obtain extracellular action potentials from across the network, providing a valuable electrophysiological phenotype for applications in drug discovery, toxicological and safety screening, disease models, and stem cell characterization. 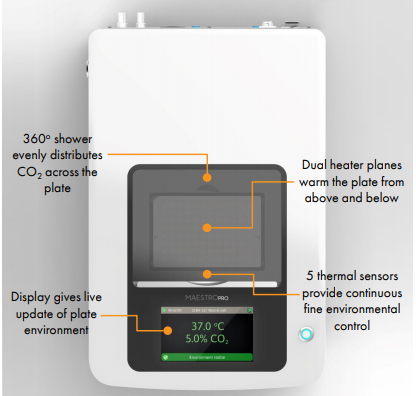 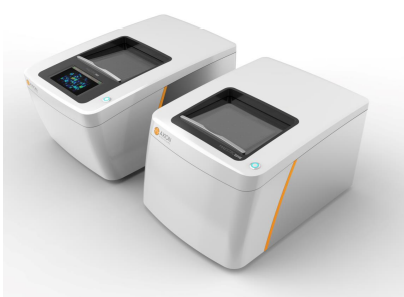 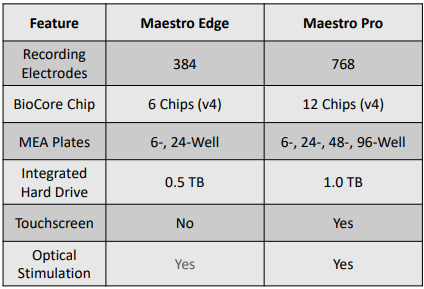